When and where was your famous find discovered and by who?

Mungo man was found in 1974 after having heavy rain the day prior Near Lake Mungo lunette. Geologist Jim Bowler spotted a white glisten in the light which he found to be a human cranium. Mungo man died at the approximated age of 50 and was carefully buried and sprinkled with red ochre a common practice in ancient burials. Mungo man lived around 40,000 years ago. Archaeologists say that this is the oldest preserved body ever to be found.

What were the circumstances of the find? What chance did luck play?
The circumstances of Jim Bowler finding Mungo was purely chance. If it wasn't for the heavy rain the day
prior Jim might not have seen the glistening white object poking out of the sand and have never discovered. 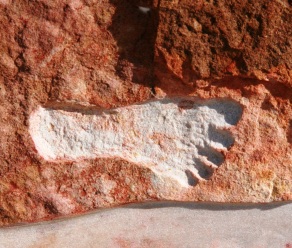 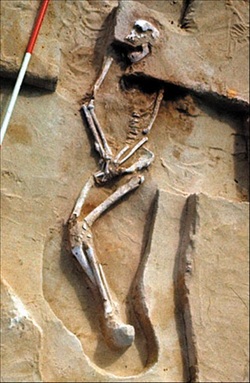 Were there any clues that led to the discovery?
There is not evidence that there was any pre-meditated investigation to the findings of ancient aboriginal remains.


Briefly describe the importance of the find and what it contributes to history.

The discovery has had a huge impact on Australian history and has changed the way historians view Australia and the ancient rituals that aboriginals practiced. The discovery of Mungo Man & (Mungo Lady)
Helped enriched Australia's culture and history. The factors of the findings helped specialists understand a more in-depth view of the lifestyle Aboriginal people 40,000 years ago and the traditions such as burial ceremonies that we still carry out today. Mungo man's remains have not been able to be re-buried as the constant change in erosion. The Australian National University still has Mungo man and while the elders feel the need that Mungo man and Lady should be returned to their home it is still being a difficulty with weather being a constant issue.